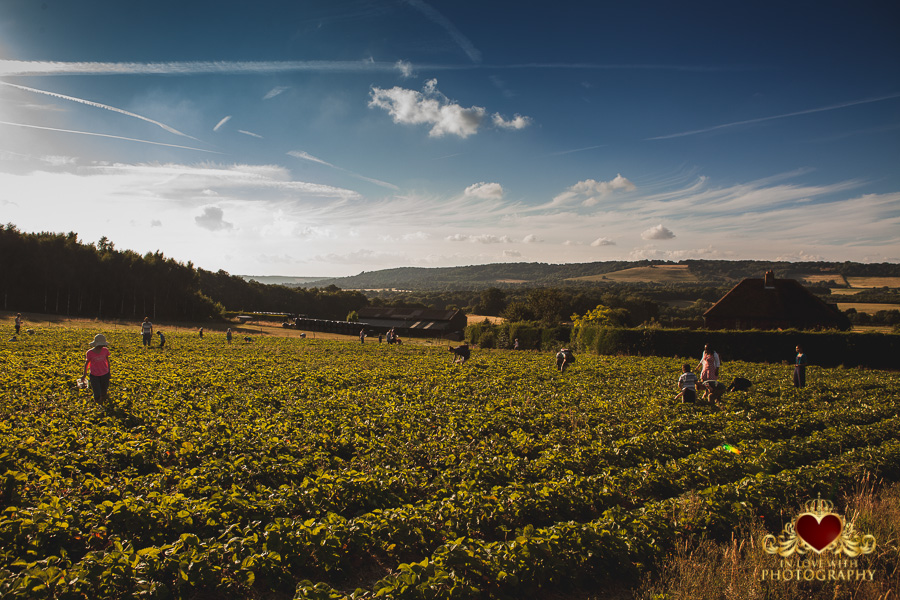 Stonepitts Farm sits at the foot of the North Downs in Seal, Sevenoaks, Kent, with magnificent views over the beautiful Holmesdale Valley that has been a local landmark for hundreds of years.

Today sees our Farm Shop at Stonepitts Farm as a popular destination for PYO Soft Fruit in the summer and Christmas Trees in the winter where you can find our premium grade Norway Spruce and Nordman Fir along with a range of fruit and vegetables.

The farm also hosts a series of popular "pop up festival" events during the summer, these take place on a Thursday evening and feature local musician Dan Clews along side an incredible list of home grown and international talent.

Stonepitts Farm became a local household name in the late 1800's as a major fruit and hop growing enterprise sending produce up to the London markets by horse drawn transport.

In the mid 1960's Stonepitts Farm became one of the UK's first pick your own strawberry farms.

Martin and Jackie Clews bought the farm in 1989 and have continued to grow strawberries and raspberries traditionally, keeping the farm as a popular pick your own destination.

Since the 1990's the Clews' family have branched out into Christmas tree growing and are now one of the major suppliers in the area providing the highest quality Norway Spruce and Nordman Fir trees for the festive season.